Trello has its roots dating way back to but it officially launched in 2011 and immediately picked up a lot of traction. The wired magazine included Trello in their list of coolest startups and by the end of 2012; Trello had over one million active users.

From the very beginning, Trello has been focused on improving interface focused on a kanban card system, in which projects are represented by cards. They took a visual approach to the problem and everything was based on that idea.

Users accepted that approach really well and Trello became one of the most popular solutions. According to the company information, Trello now has over 10 million users.

Basecamp first began in 2004 under a company called 37signals as a project management tool. The Chicago-based company changed its name in 2014 into Basecamp, reflecting the focus on their most successful product.

Their focus fell heavily on the communication between the people and social media – like design that many of the competitors force these days took a back seat. Basecamp grew their client base steadily over the 12 years it has been running and over 285,000 companies are using their services.

Ease of use – Trello vs. Basecamp

Trello is focused on the visual use and it does it really well. Everything is designed to look like social media news feed and you can drag and drop almost anything in it. That makes a working with it really user-friendly.

The interface feels intuitive and it takes less than a day working with it to completely get used to the environment. Workspace is filled with boards that represent projects and you can customize them with various details. You can also create lists that can represent major milestones in the project.

When more people join your boards, you can assign cards to them individually or in groups. Once connected to the card they will follow ever activity on it. One of the drawbacks of the actually not having traditional projects is the lack of having a timer to see how long has it been open.

There is no progress chart as well and that is really an essential tool when it comes to project management.

Basecamp has taken a more traditional approach. Your work surface is divided into components like Latest Updates, To-Do Lists, Discussions, etc… Everything is designed to look as simple as possible. The compromise is that everything fills segmented rather than a connected process but that is not to say that it’s not easy to get around.

Some of the drawbacks are that there is that you can miss some crucial updates if you are not around but they tried to remedy it with Catch up button that will summarize entire days work. One of the best features is an extremely powerful search tool, something that Trello lacks.

It will let you quickly find anything within the entire system and that makes it more adaptable to larger companies. While we really like centralized charting of milestones and task progression, lack of time tracking is something that a lot of users reported as the key feature that would make it much easier to manage projects.

What were able to dig up is that Trello has been completely reliable and has an uptime of 100% over the last 2 years. There were no downs in service from that aspect we concluded that it is solid as a rock.

However, when we used it in offline mode and got it back online, not everything synced up quite in its place and he feel that offline reliability could use some touch-up.

In all of its 12 year lifetime, Basecamp has never had a downtime for more than 10 minutes and it has an uptime of 100% over the last 3 years. Unfortunately and somehow inexplicably, they do not offer offline services and that can really hurt a time sensitive project when you don’t have access to the internet. This is where Basecamp really falls behind the competition, Trello in this case.

Both Trello and Basecamp display an ease with which they perform tasks. The speed issues we had proved to be minor at times where we tried to manage more than 50 projects simultaneously.

We were really surprised with Trello with their boards loading really quickly and no issues with upload or download. We have expected that Basecamp performs faster but it actually didn’t.

Basecamp with its simplistic design managed to avoid any issues with the speed of the service and we are really impressed that even when working with big files, speed was as high as our bandwidth could sustain.

There were no major differences in speed performance on both of the platforms and it should not present an issue when deciding between the two.

We expected to find major differences between Trello and Basecamp here based on the design features and focus but those differences were not so big.

With loads of standard features needed for project management, Trello comes with a neat Task and Project tracking system that keeps you in the loop on the dependence of the project upon on another. Another feature that we really like is backing up of all the data and prevention of its loss in case of deletion, being accidental or not.

Another really useful feature we found on Trello is the ability to create various custom notifications and we especially like SMS Notification capabilities. That is one of the best features for a project management, especially if you are on the road a lot and you cannot always stay connected directly to Trello.

What we really liked about Basecamp is the fact that you can go through any project with its powerful search tool. You can find anything in any project and easy access it and that speeds up the process immensely.

Under the Everything tab in the interface, you can see the pages where every single file or to-do list is available for access. And as mentioned before, we really liked the Catch-up button that takes you to the page summary of all the activities. If you missed anything during the day, the solution is one button away.

To fully comprehend the differences feature differences between the Trello and Basecamp, we used http://comparisons.financesonline.com/ to pit the two against each other.

We also did some research and found the ratings of these platforms in traditional project managing categories and softwareinsider.com helped us out with that.

There are no major differences in the key features and both Trello and Basecamp will get the job done. The difference stems in the approach and we objectively think that it is a matter of preference when it comes to siding with either one.

Both of these companies comply with the industry standard when it comes to security.

Trello runs over SSL/HTTPS/TLS, a communications protocol that is the most common on the internet and it can be trusted. We performed an extensive search and found no security issues or breaches that caused any data to be exposed or lost.

Basecamp uses the same protocol as Trello and all the data stored on their servers is encrypted using GPG. Furthermore, they have 24/7 onsite staff that provides additional protection against breaches.

With no major differences in capabilities between the Trello and Basecamp, we fill that there is no clear winner here. It’s simply a matter of preference and the design you feel best suits your needs.

Trello excels at having everything in one place and doing the management visually more than any other way. But that can pose some issues when there are more than 100 active projects and we fill like Trello struggles when the business gets bigger in size.

For small businesses that rely on communication and collaboration, Trello is certainly one of the top choices.

Basecamp is really recommended for users looking for simplicity and categorization. It is better suited to cope with a large number of tasks, but on the other hand, the overview and progress can sometimes get lost due to lack of time tracking.

Overall it is a solid solution and the simplistic design offers an amazing efficiency when it comes to project management.

22 Software and Tools offered for free during the Coronavirus Outbreak 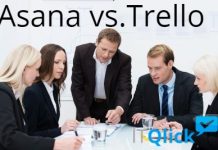 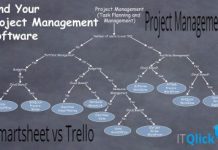 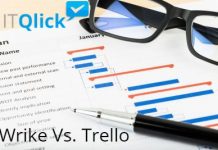 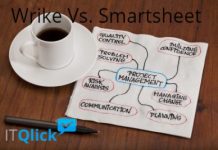 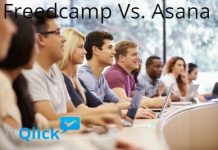 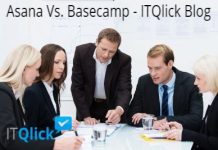 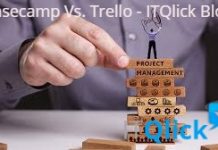 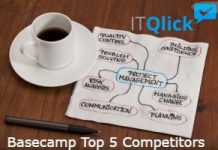